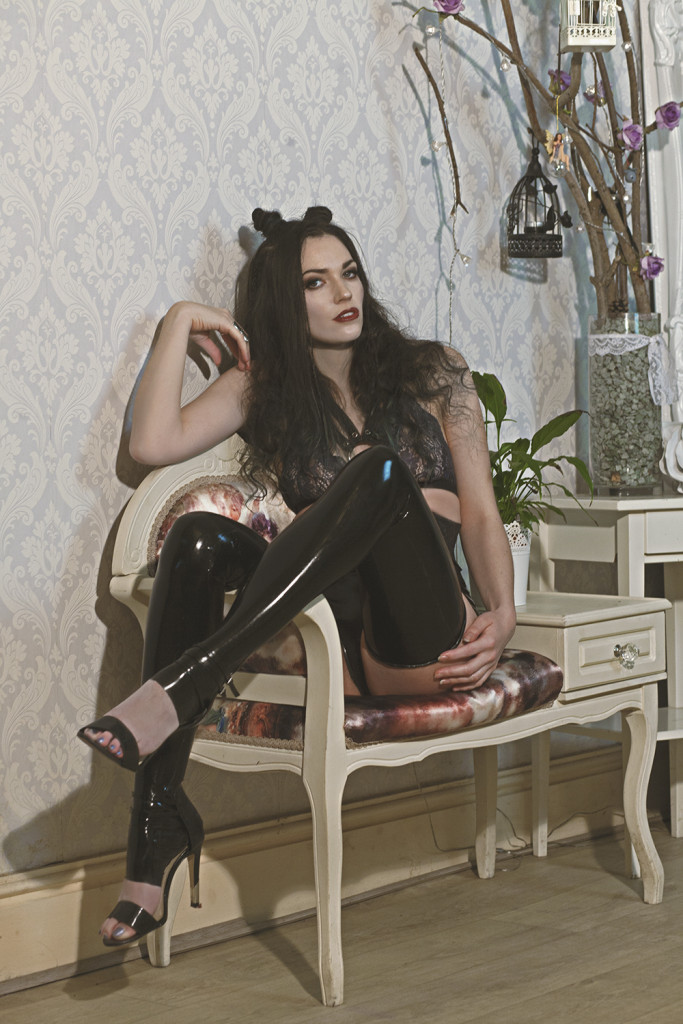 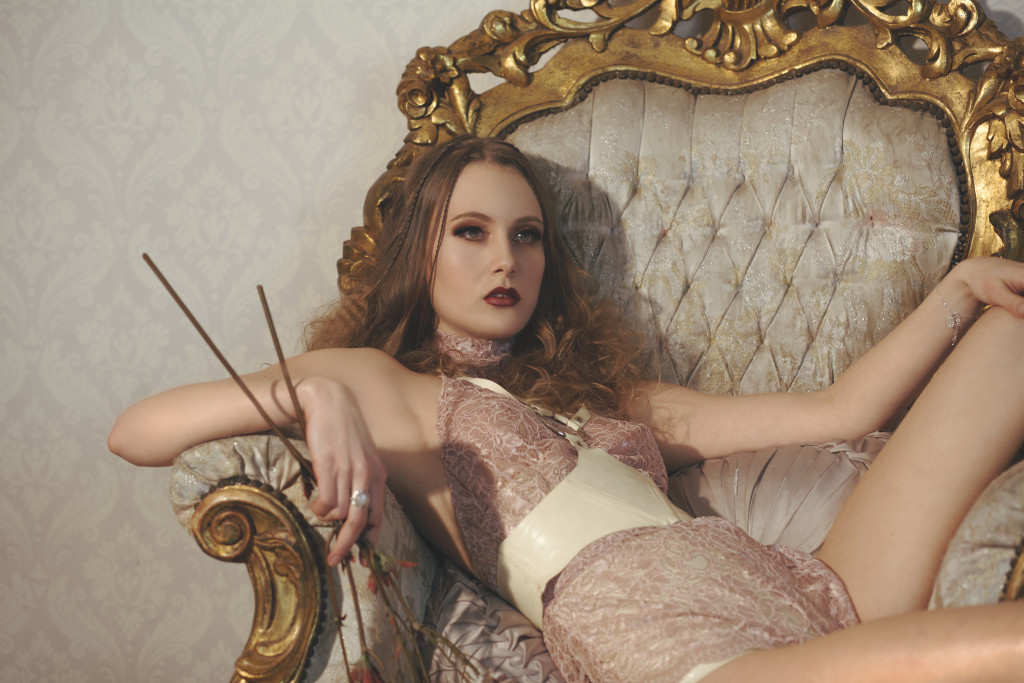 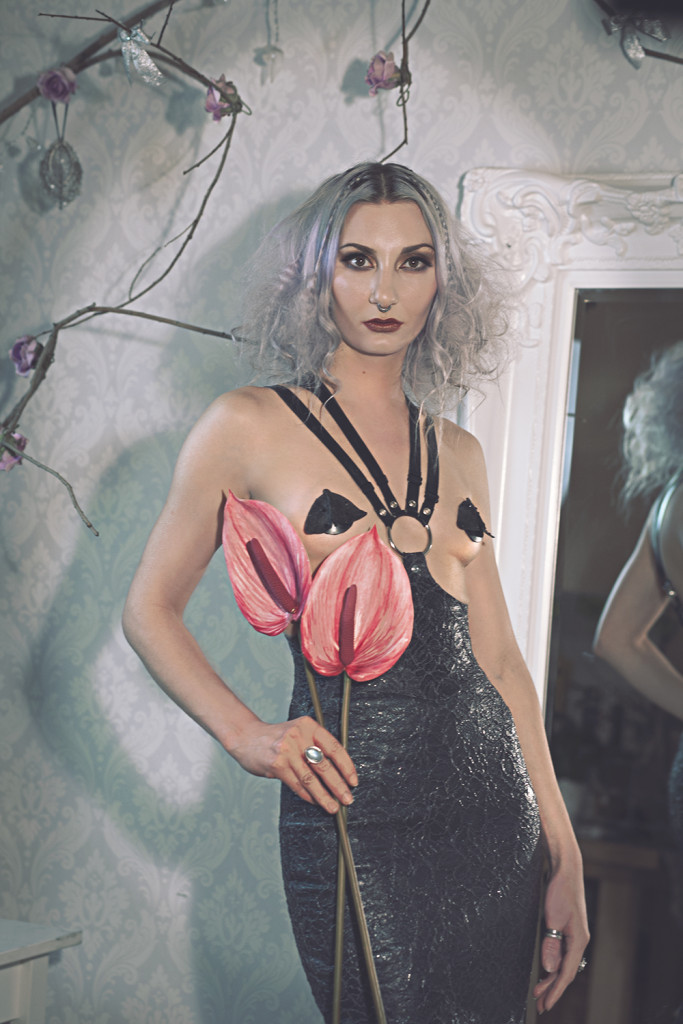 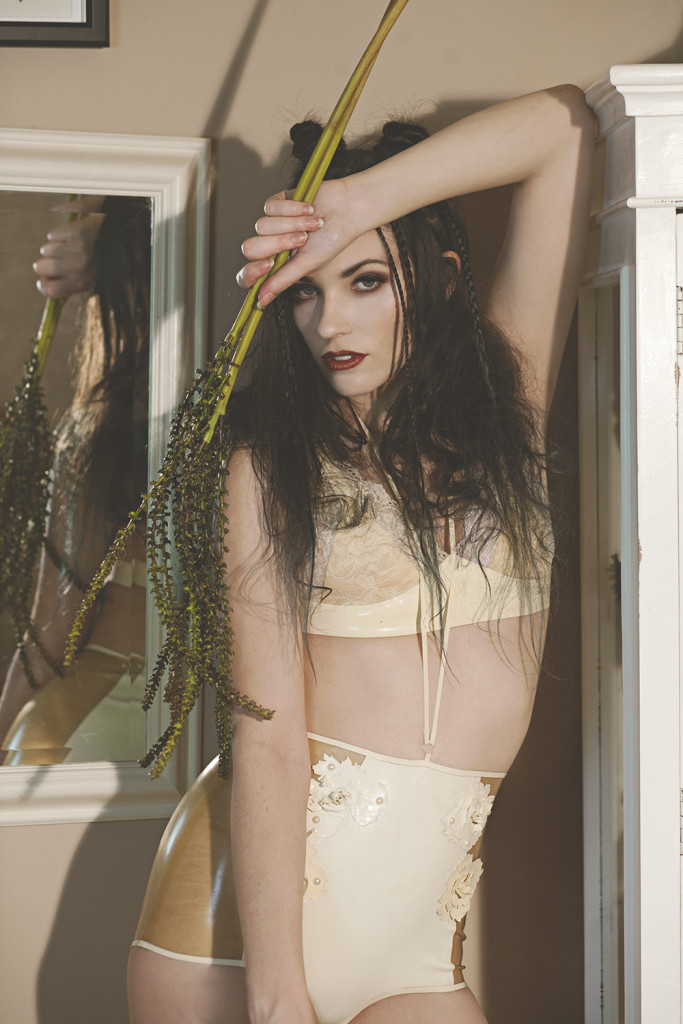 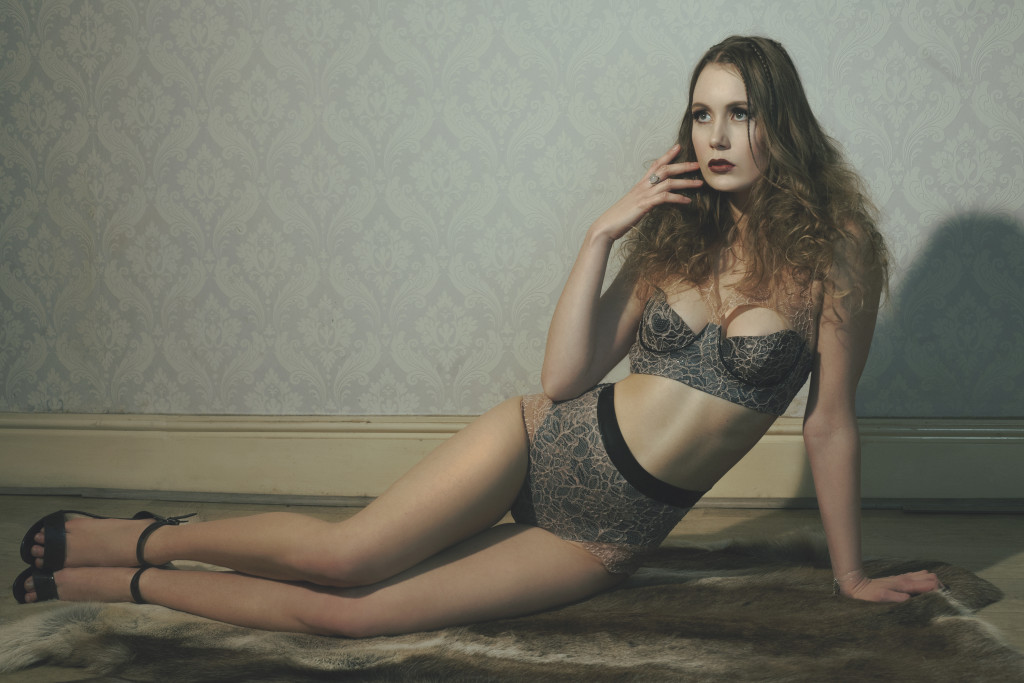 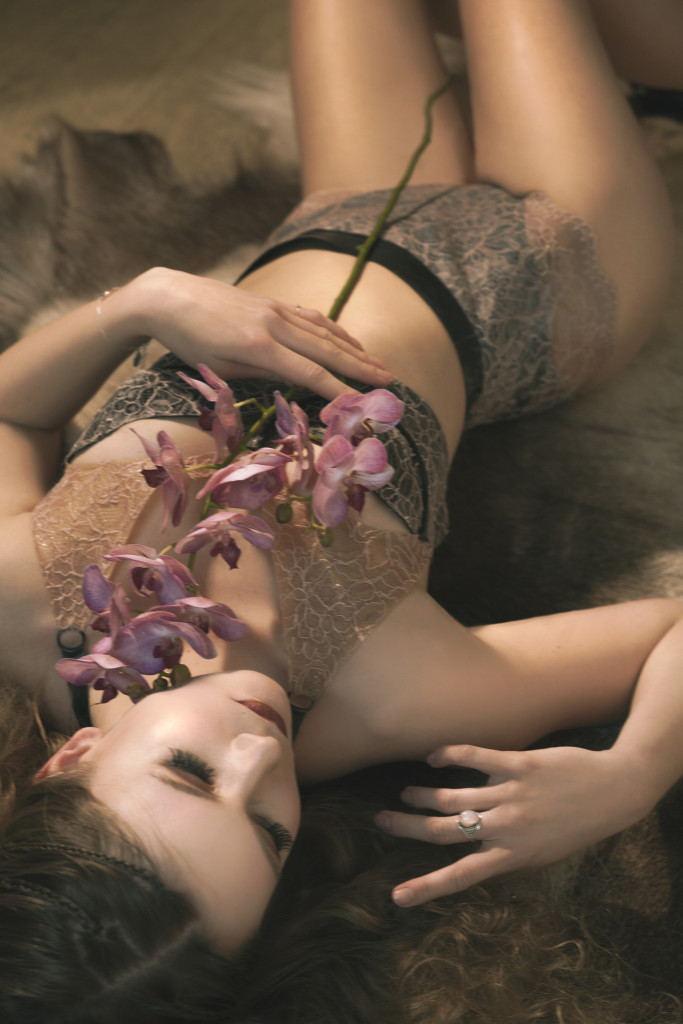 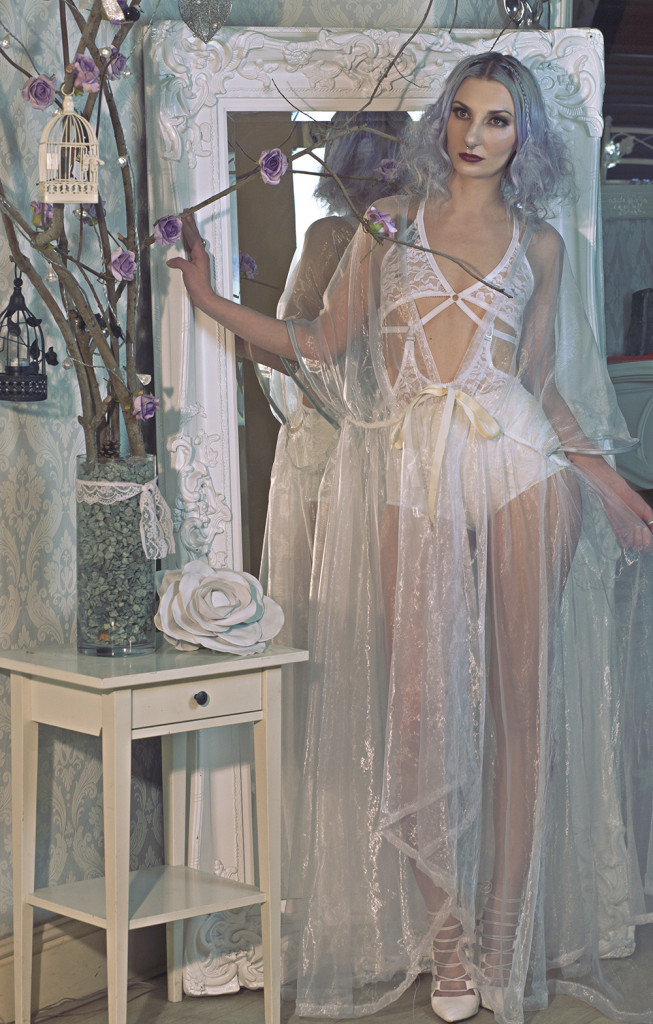 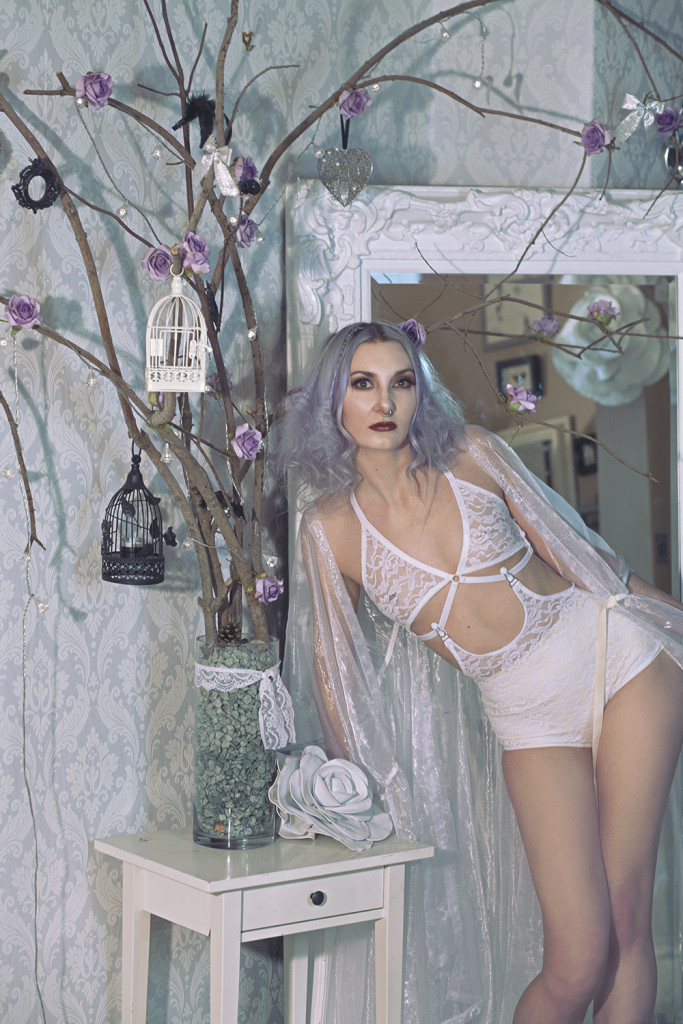 With this collection, I wanted to go back to the origins of Eustratia and create pieces that embody the contradictions which inspired me to start the label. Delicate lace and feminine silhouettes contrasted by harness straps and oversized hardware.

Styling and hair by me

Other models: Amber and Shakira @Vauhaus

I’m delighted to be able to share with you, the first shoot of the summer and my latest collaboration with Vauhaus.

The wardrobe is from the reflections collection as well as some extra pieces I made for a fashion show at Regress back in March. The unicorn necklaces are part of an upcoming Eustratia range due to be released very soon!

I was adamant we needed the clouds and sunset in the background so Toria directed us to the perfect roof carp park. As we got to the top however, the fire alarm started to go off and we narrowly avoided having to leave. I’m so glad we didn’t though as we manged to get these amazing images.

Brights, bubble-guns and latex-clad heroins. What more could you want from a shoot?

Models: Hazel and Amber from Vauhaus and myself

Last month I put on a fashion show at the Katzenjammer Club a new, vibrant and interesting cabaret style night in central London.

I would like to thank The Roustabouts, who put on the night for having me and my gorgeous models for doing the outfits justice and putting on a great show. They are:

I’d also like to thank Richard Ayres for loaning me the headpieces to use in the show.

There wasn’t anyone there to film the show but my friend took a little video on her phone.

Al Overdrive also took some shots of us back stage:

Toria Brightside knows how to put together an event. Vau Vau was good last year but it was evident that the concept had been ironed out at the edges and the execution was more professional, while still remaining fun and full of character. A fashion show promoting sense of style and independent designers.

I got help with the stall because I knew that I would hardly have a change to be there.

This is my mum in a latex blazer. I think it suits her.

One of the designers pulled out at the past minute, giving me the opportunity to showcase a few pieces from my upcoming non-latex range, Vanguard. I used chainmail pieces by Richard Ayres to add edge and detail to the outfits and I thought the worked really well together.

My favourite part of the show was still the finale though. The dolls house, created and erected by Richard Ayres was used as a backdrop for the whole show but was only functional for the finale. A lot of guests commented on the fact that it puzzled them for the whole night and I liked that added element of intrigue.

The presentation and subsequent range was inspired by dolls and the show started with a pair of models draped in sheer fabric (evoking a dust sheet), as if they had been left in a forgotten room for a number of years.

The second pair of models appeared from inside the dolls house in much more current but still doll-inspired outfits and proceeded to uncover the first set of models before walking down the catwalk.

The rest of the models emerged and descended at regular intervals. Two held ornate trays filled with dried petals which the scattered along the catwalk as the went and rest carried vintage bird cages, hanging off poles and filled with fairy lights and flowers or ivy.

My girls had Make up by Jack Tyson and nails by Vamp.

All Images by Emily bailey of ENB photography, who also reviewed the event on her blog. I had a lot to write about my own involvement but if you’d like to see more of some of the other designers you could also check out Vague.

I especially loved the magical video by NVS Films, it really captured the atmosphere of the show.