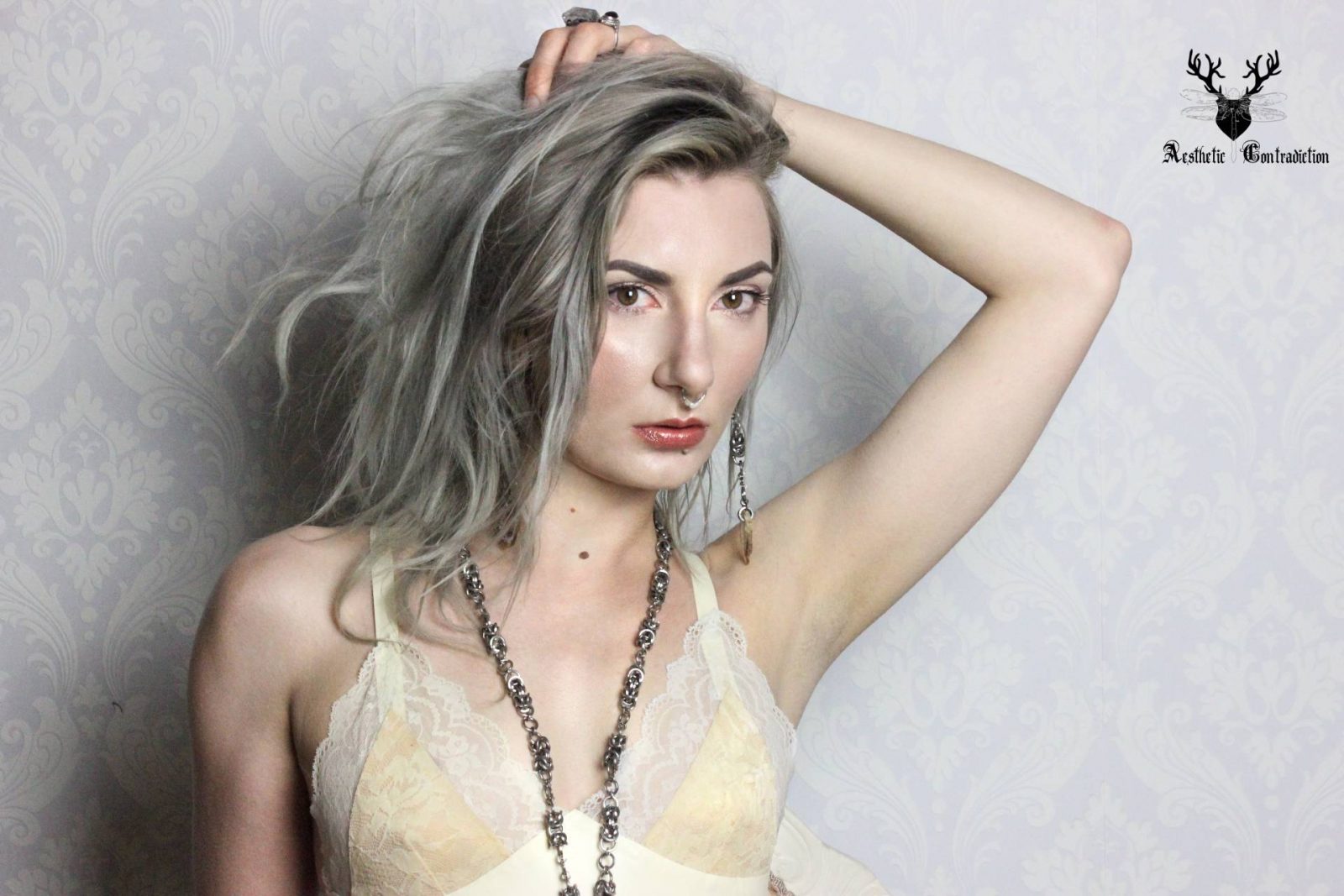 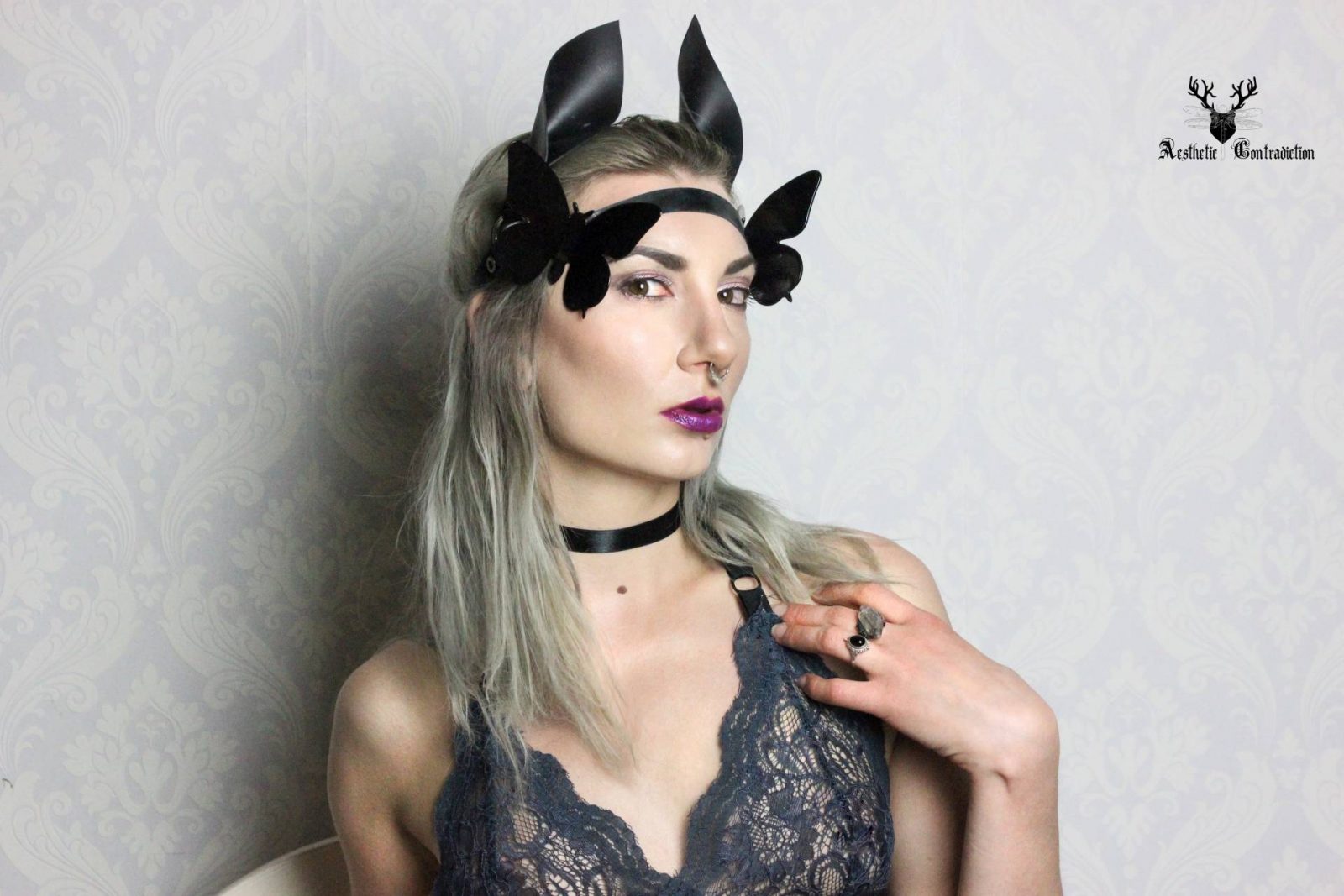 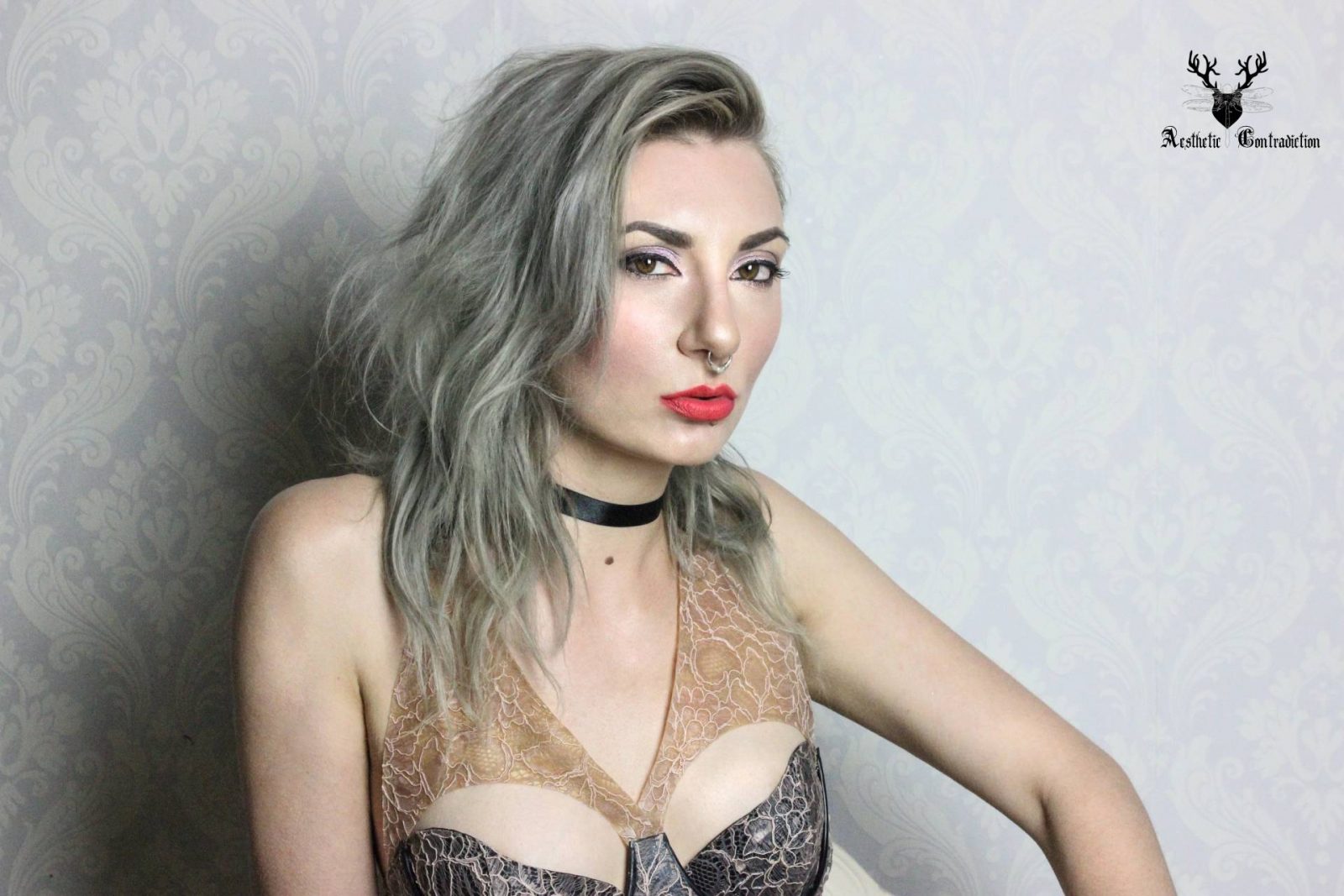 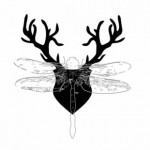 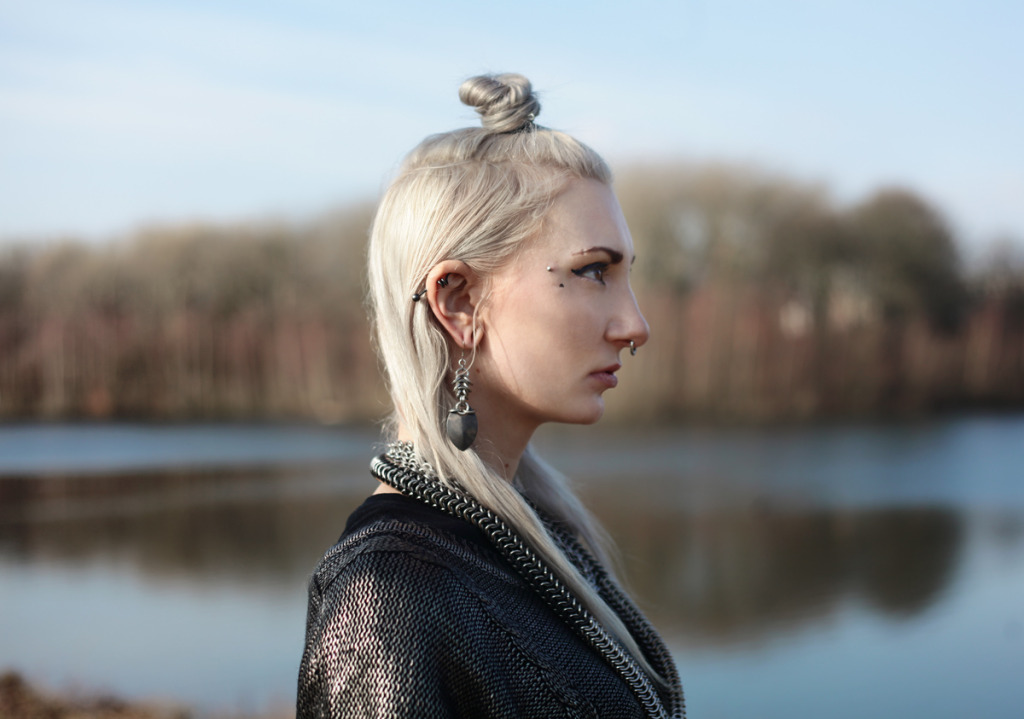 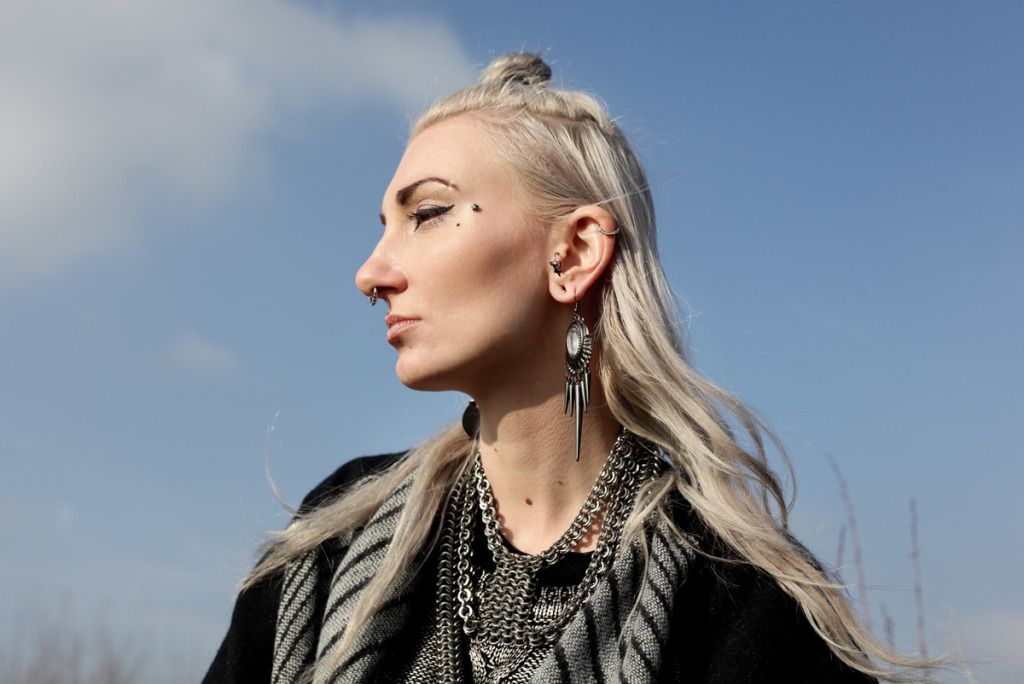 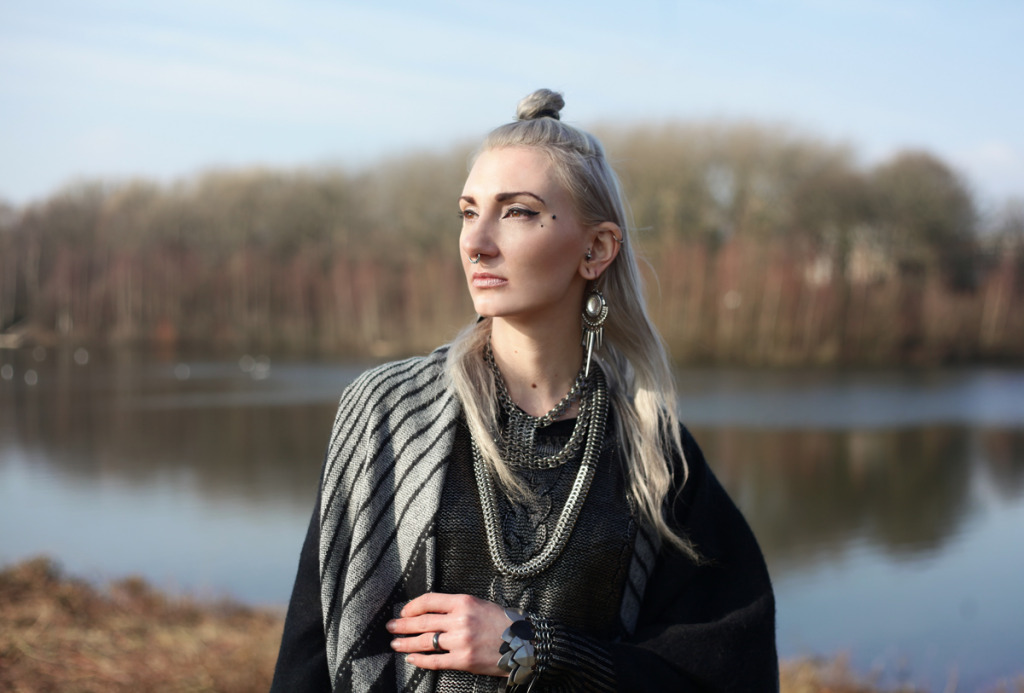 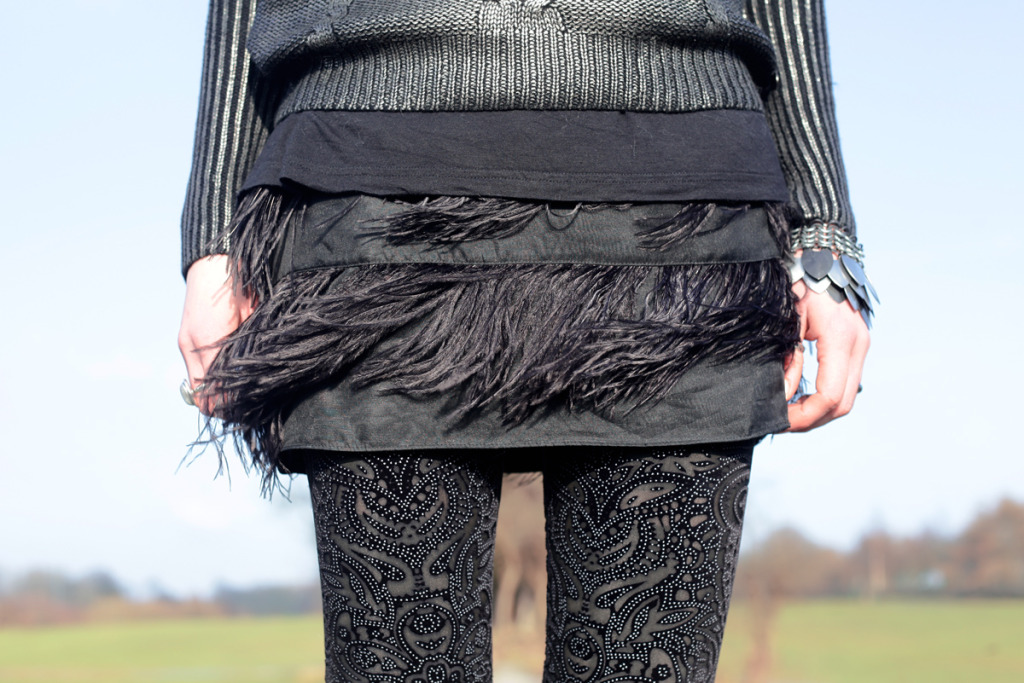 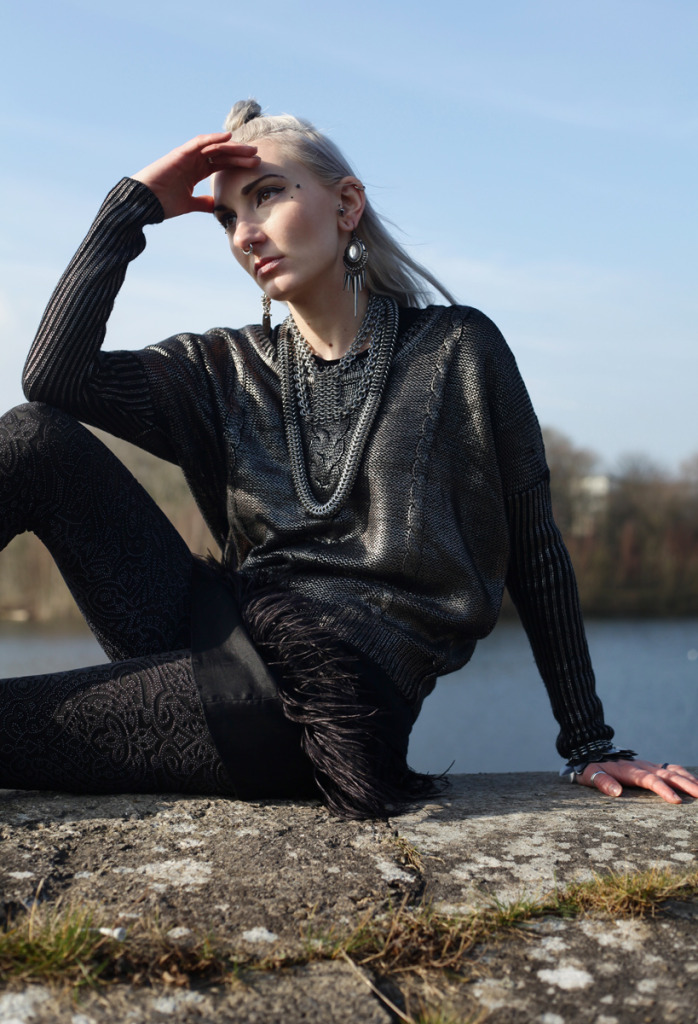 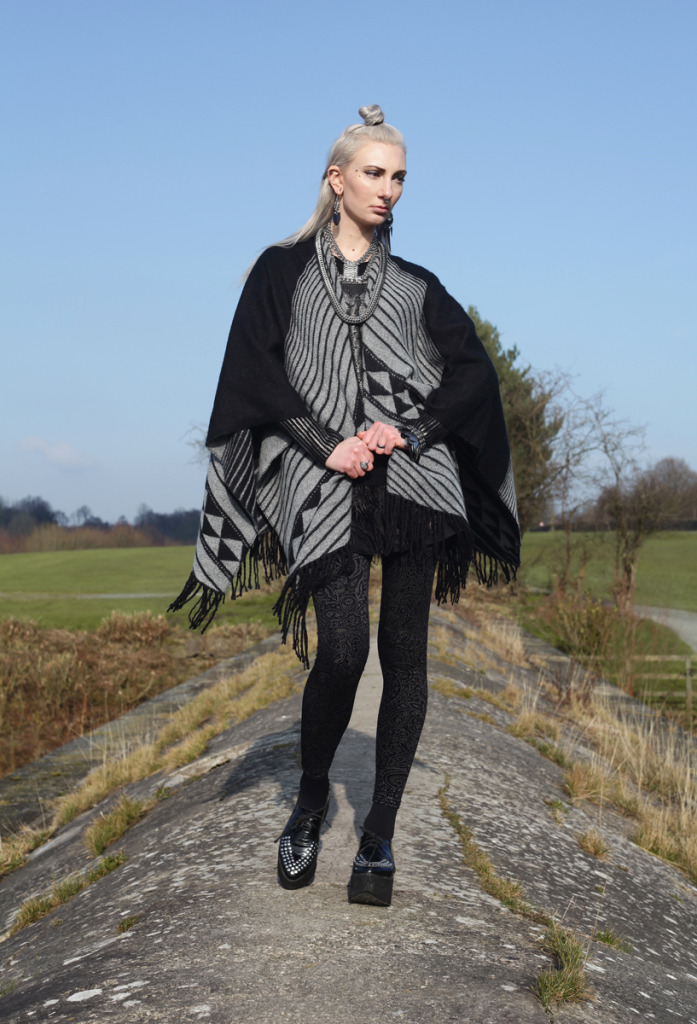 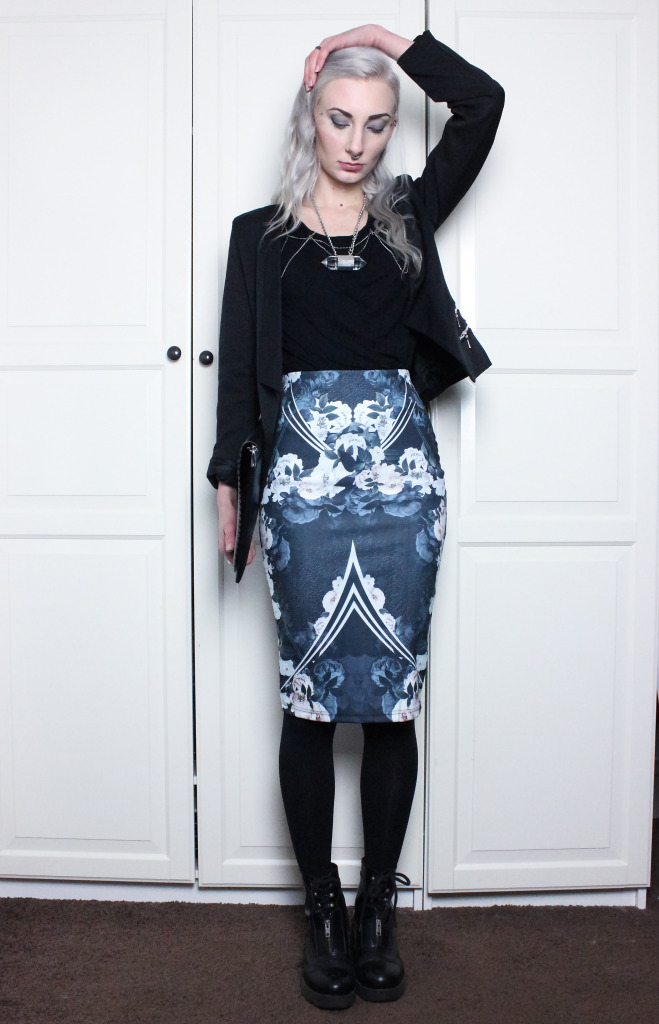 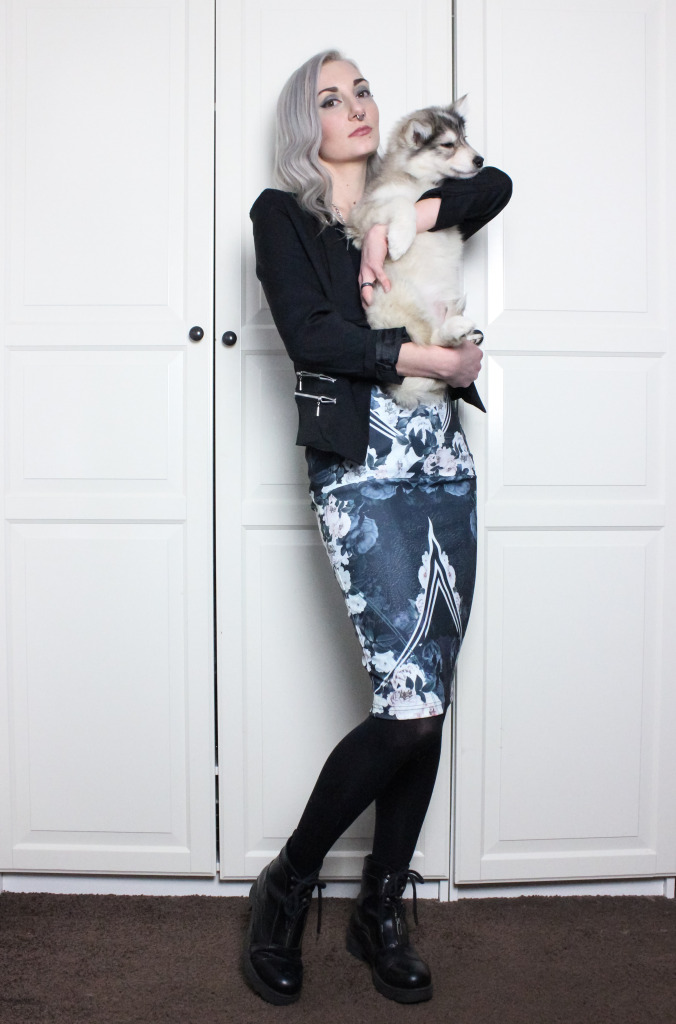 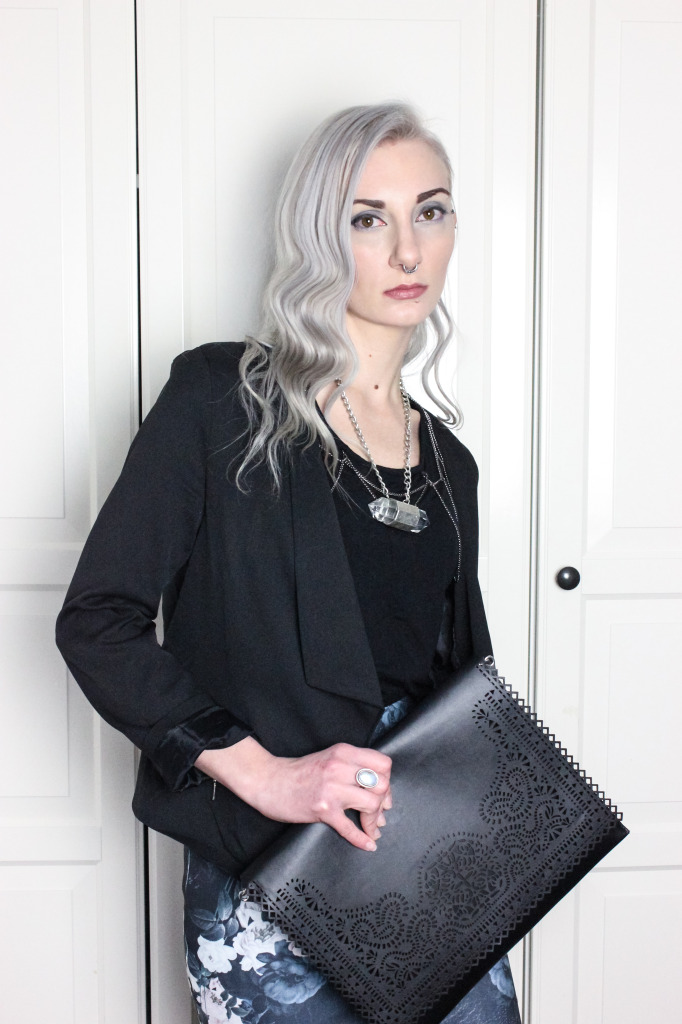 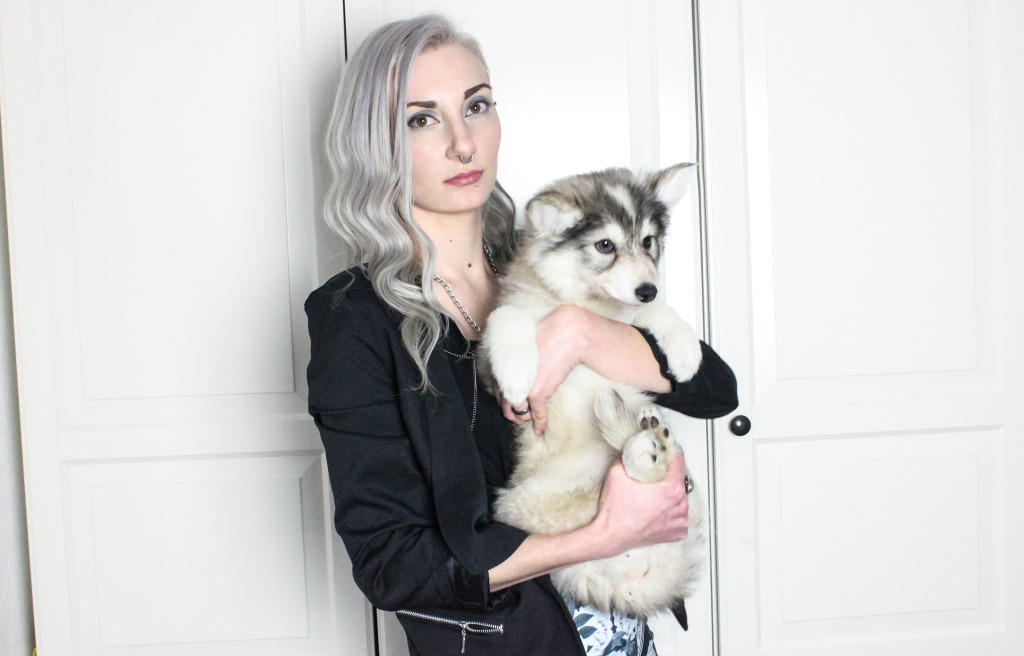 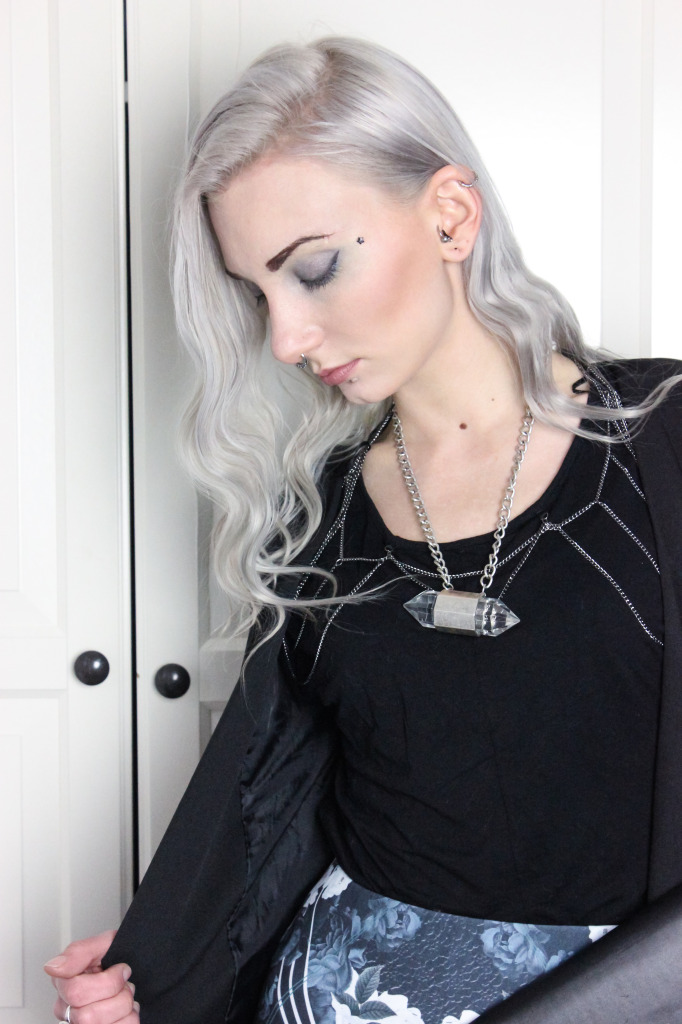 Yesterday I went into town for a bit of shopping and a cocktail with Amber.

I wanted to wear my busy, floral mirror print pencil skirt and paired it with all black basics with silver details.

It was my last chance to take some photos with Skadi before she went to her new home. She’s not a very good poser so the photos don’t really do her justice.

I’m also debuting my new hair by Helen Jordan at Vidal Sassoon. It’s the first time I’ve had my colour done professionally in 5 years and I must say I’m rather pleased with it.