Going for lunch at my parents’ house gave me a fun opportunity to walk the dogs in a maxi skirt and heels, which certainly amused the other dog-walkers we passed on the way. Luckily my Dr. martens heeled boots have a sturdy and can withstand a bit of gravel and mud.

This was also my first time trying out my new Armani exchange jacket. This is quite different to the styles I usually wear but I wanted to add a spring jacket to my wardrobe that wasn’t a blazer or made of leather and I think I quite like it. 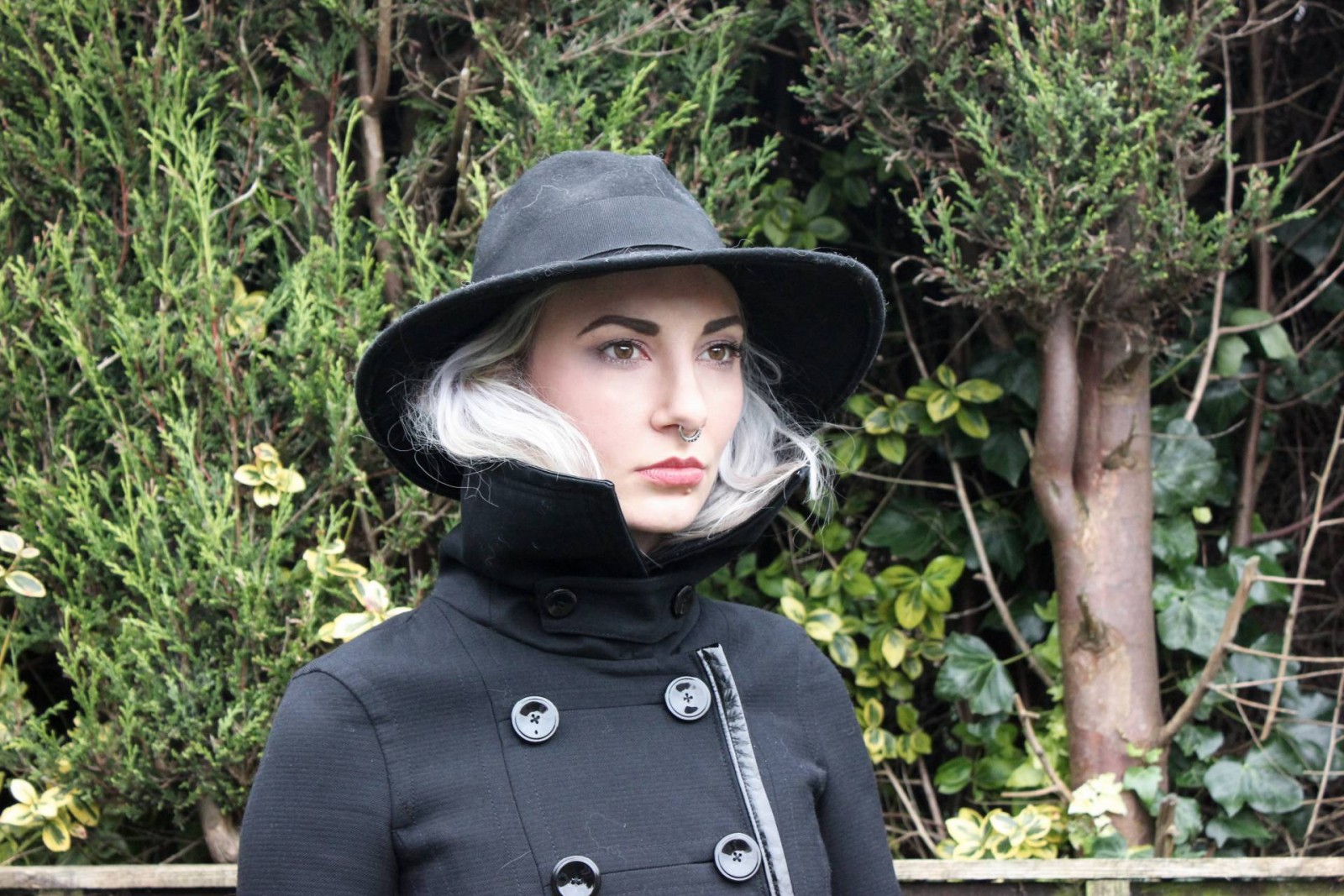 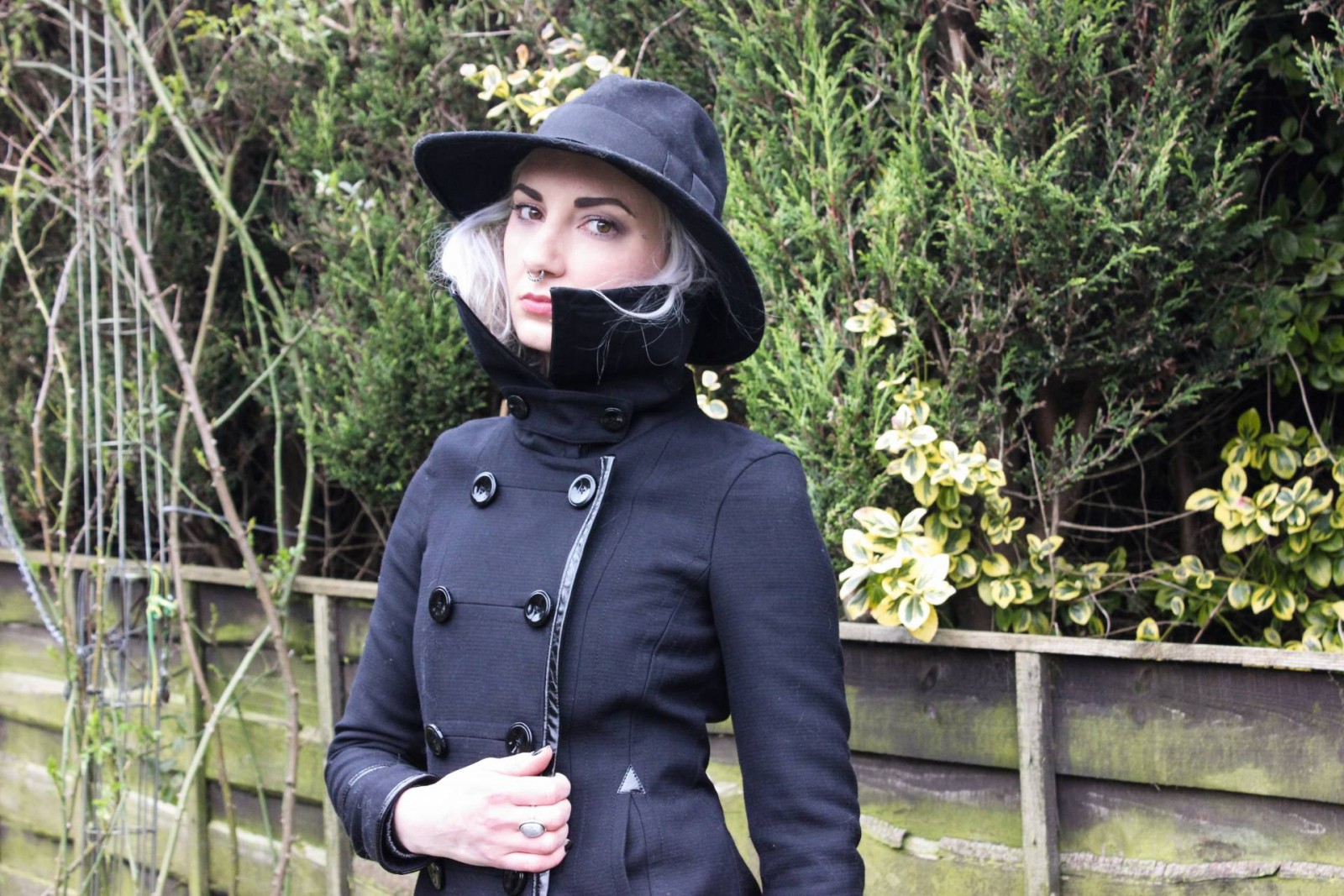 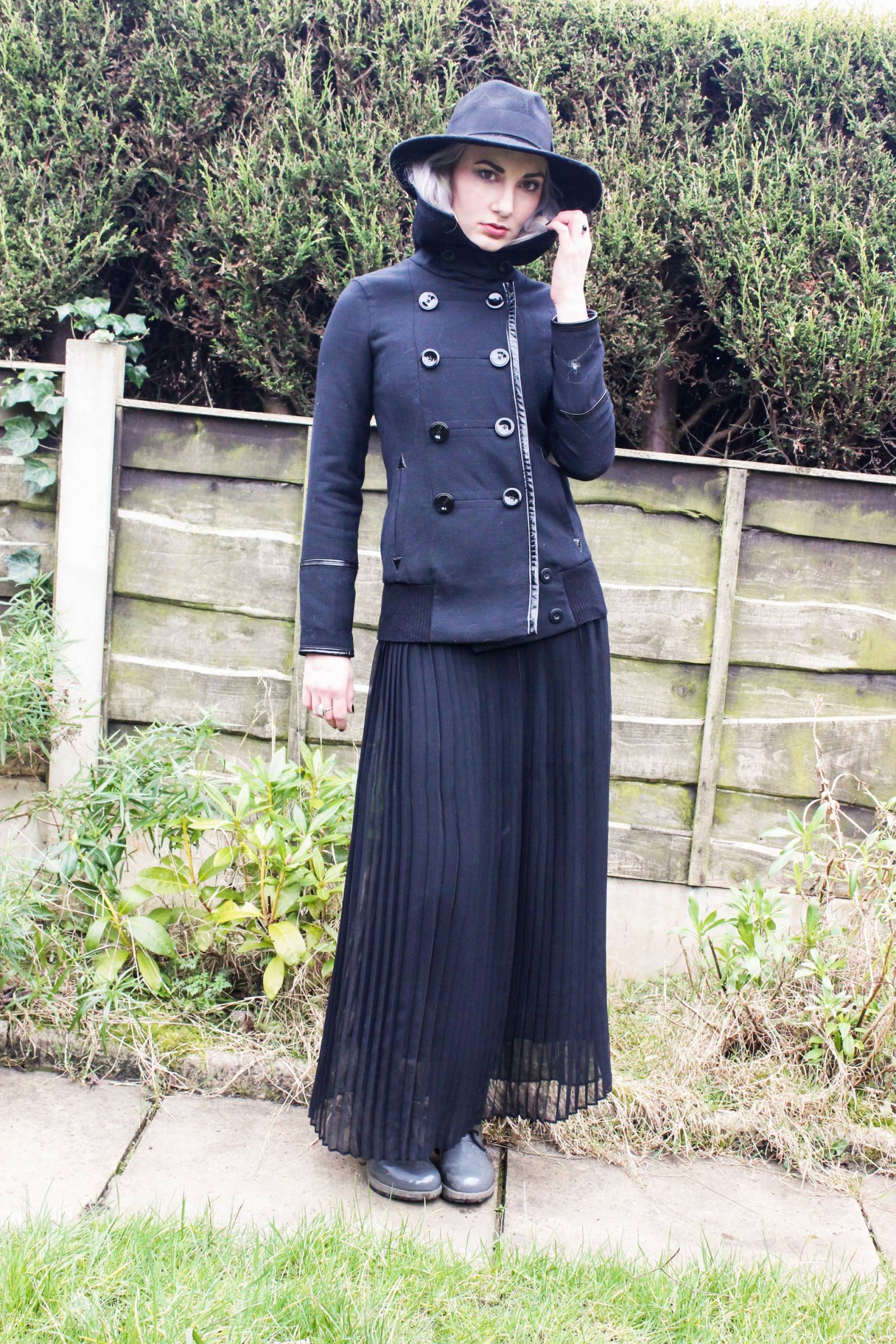 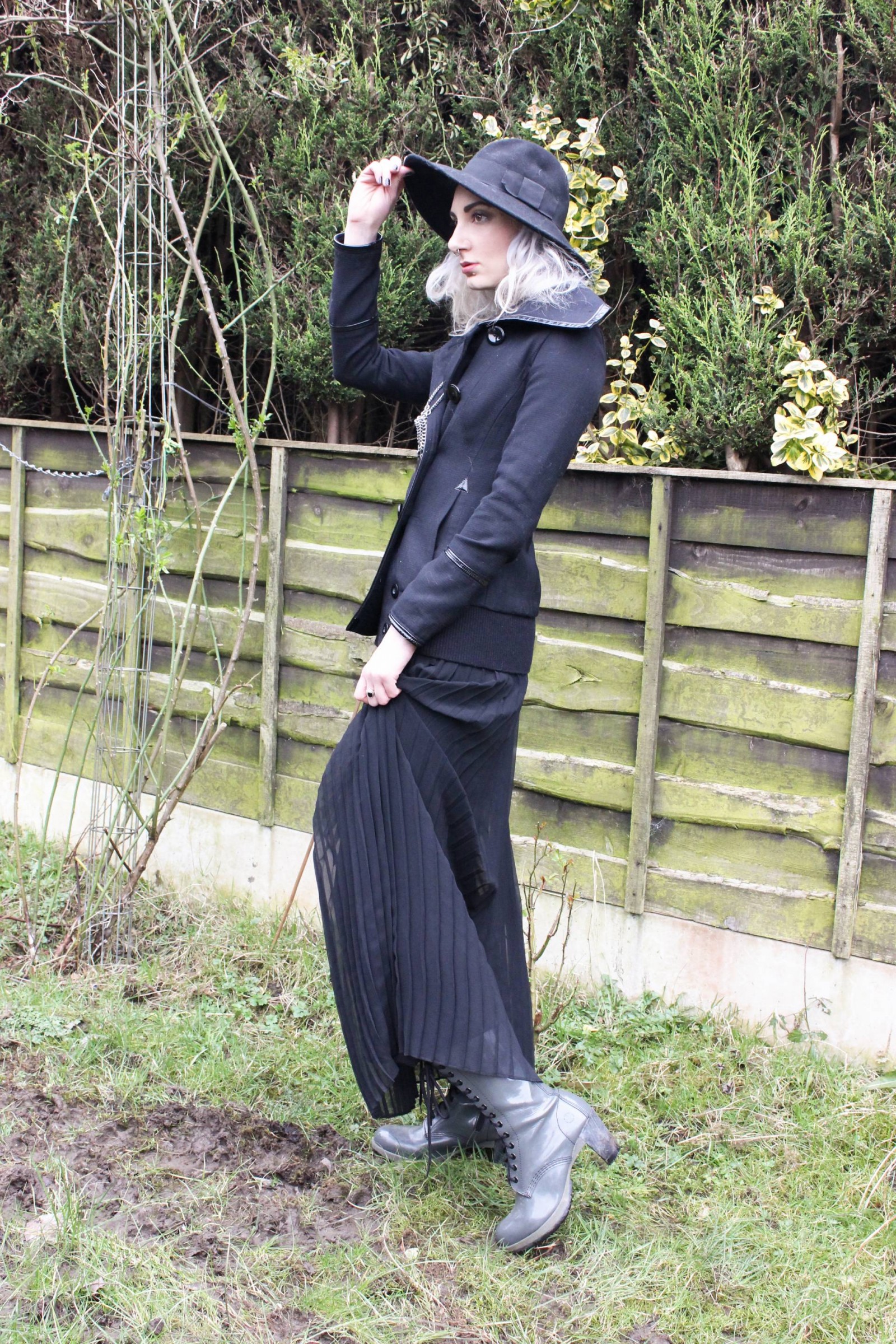 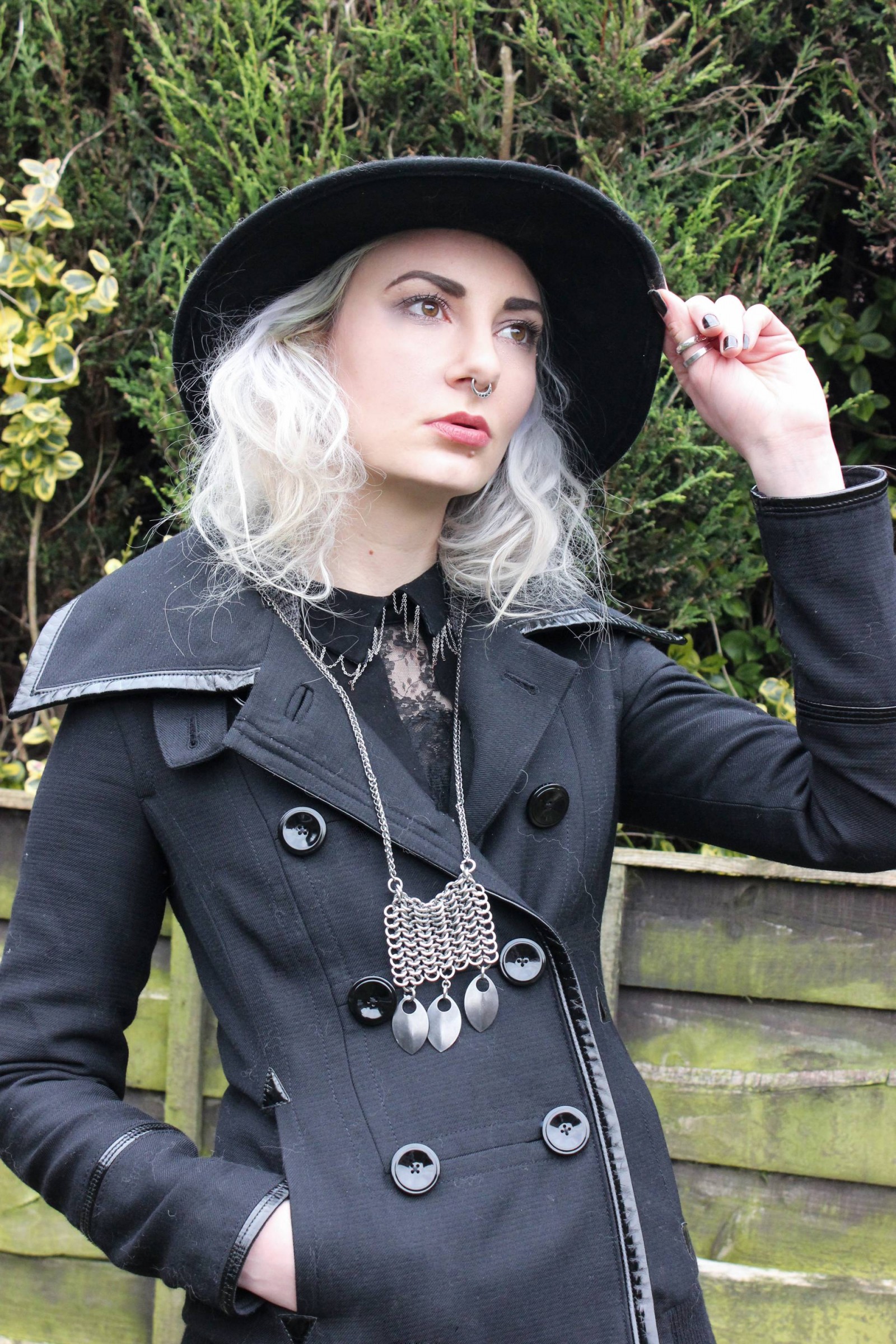 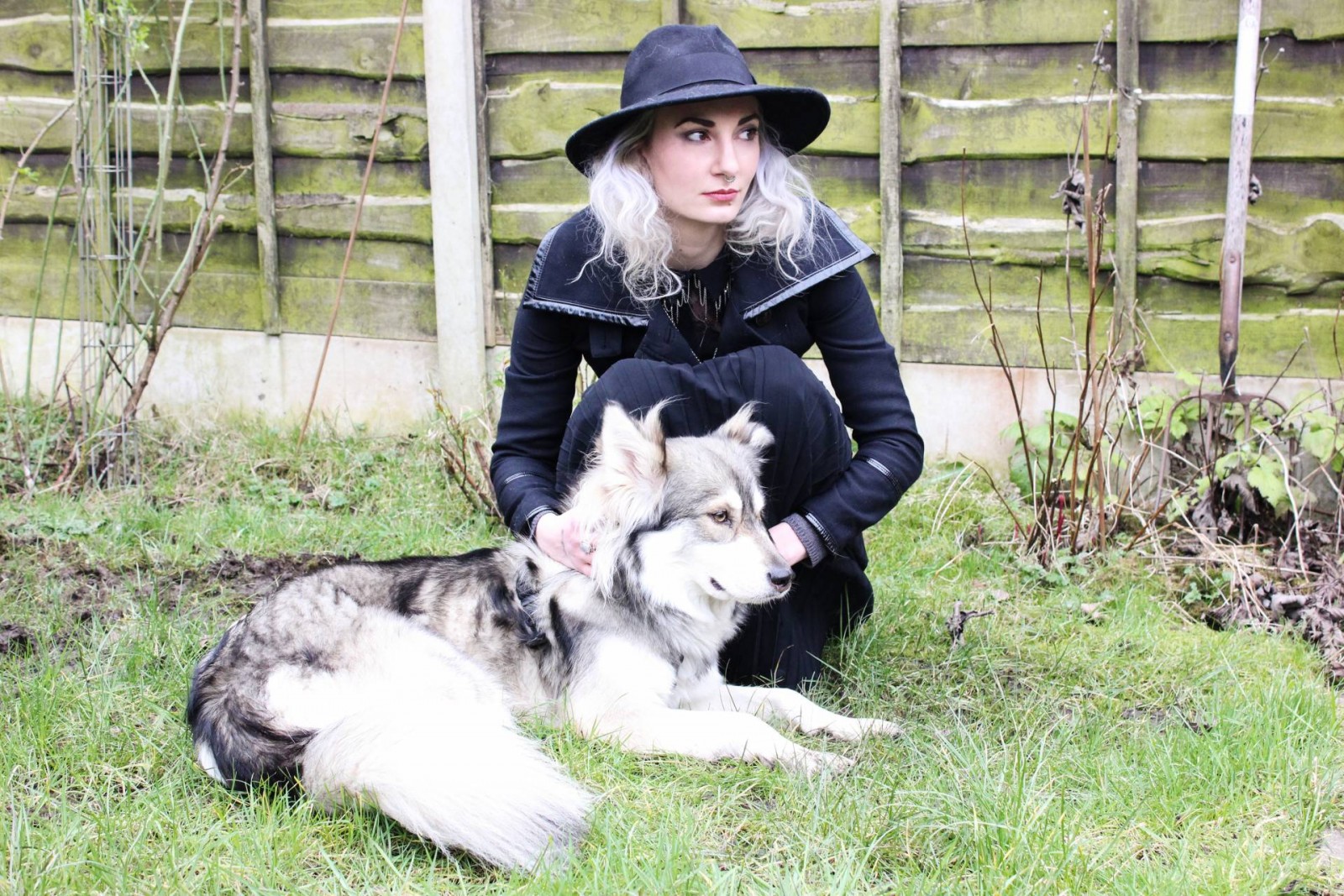 My plan to catch up on blog posts hasn’t been going so well due to having to move again and being without internet but I’m going to give it an other go.

Earlier in the year I started wearing glasses! I’ve known I needed them for a while but it still came as quite a shock. When I was younger I didn’t really like the look of them or think that I’d ever want to wear them but I actually think they’re a great accessory (as well as something I need to improve my vision).

In most cases I don’t need to wear them out but I got two pairs, just in case.

The first pair is quite simple, flattering to my face shape and goes with almost everything.

The second pair was a bit of a gamble but I wanted something more colourful with an interesting shape so I went for a modern cat eye by red or dead.

And here’s what they look like on. I kept thinking I was going to take better pictures but of course that never happened.